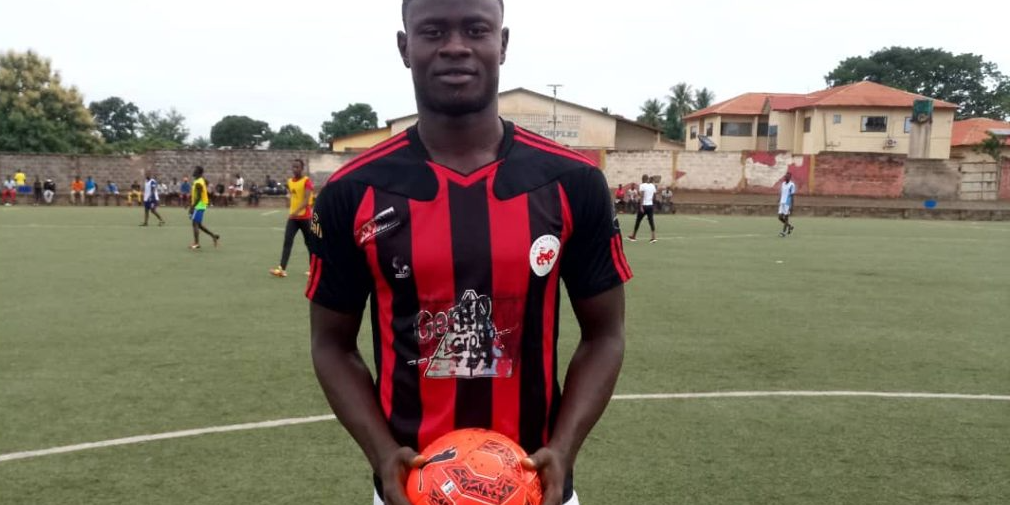 He also becomes only the first player to hit 13 goals in the Premier League since Sierra Leone legend Mohamed Kallon last scored 12 goals for Old Edwardians in 1991-92 league season.

Musa said: “It’s a lot of goals and I’m still a long way off but Lyndon Thomas (26), Brima `Chico` Conteh (16) and John Dissa (25) are an idol, to see how many goals they have scored was incredible,” Kamara said.

“I don’t like looking too far ahead because you never know what can happen. “When you’re a younger player your aim is to be on the record and am happy to break our country`s legend record (12).” He continued: “My target now is Brima Conteh`s 20 year record of 16 goals and I pray I have the strength and luck to get double against Mighty Blackpool on Sunday;”.